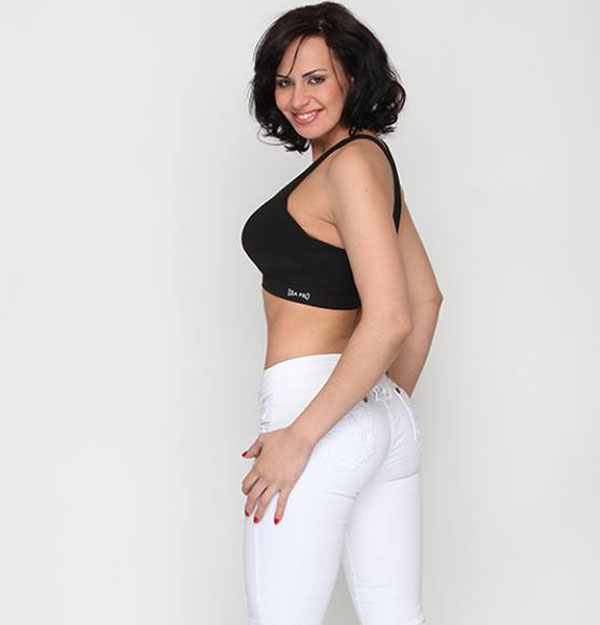 I recently travelled to London for sessions in the Submission Room. As usual Pippa was great and organised it all for me early as I’m from overseas.

One of my sessions was with the wonderful Ivy. It was my first time to meet her and I wasn’t disappointed!

When we met she was so friendly and made me feel so at ease straight away as do all the girls.

I went up to mat room and got changed and waited for Ivy. I requested a certain type outfit and when she appeared I was blown away. She is super fit in a nice way, perfection! Her thighs are magnificent as is all her body!!

I explained type of session I liked and within minutes she and I were wrestling in just the style I like. She is extremely strong but seemed to know my limits and made it a wonderful experience.

Thanks Ivy for a super session and from now on a visit to the Submission Room will definitely include a session with Ivy! D

Ivy is just brilliant. OK its my opinion but you really should have a session with her if you haven’t already.

I’ve now had more sessions with her than any other wrestler and she has never failed to deliver an awesome time.

Firstly I always forget how strong she is, then also how she doesn’t seem to tire (probably something to do with her day job).

I’m not sure if being Brazilian helps but she has all the bjj skills and a wicked line in trash talk in an exotic accent.

At the start of the session it is all go with the usual holds of scissors, arm bars, figure 4, omoplata (a particularly sneaky move), guillotine, SGP etc. These usually wear me out after 30 minutes or so.

Then comes some of the more dominating holds that she pulls out when you are exhausted; lotus, reverse scissor, reverse pin, all the while smiling and asking what you are going to do next.

If you are up to it there are hardcore rules where tapping only gets a transition to another painful hold where you get the crap squeezed out of you.

Then all too soon the session is over.

Ivy is a lovely lady, completely professional, and great to talk to.

She would be great for the session virgin through to die hard grumpy old men.

She has the curves, the strength, the skill and that something extra that makes for a fantastic time.

ll say it again, but let me start of by saying Ivy is AMAZING! I had the pleasure of having my first session ever with Ivy. It could not have been any better. As I have some BJJ experience under my (white) belt and I wanted to give our session a bit more of a competitive feel, I had asked if Ivy would wear a Gi. Ivy was more than happy to comply and I could even pick the colour (I went for black). The stage was set for our showdown.

I was welcomed by Ivy in front of the Submission Rooms and we had a short chat, she gave me a quick tour and showed me where I could change. I put on my gi, while she did the same. We then headed upstairs to the famous red mats. It was time to get ready to rumble.

We talked over the type of session, but as we were both familiar with BJJ we kind of knew when to tap and how to behave. So pretty soon we touched fists and we were ready to go. At first I was a bit hesitant, being unfamiliar with session wrestling, I was holding back and within five minutes I already paid the price with a rear naked choke. About five minutes later Ivy managed to submit me again with an armbar. Ivy had a big smile on my face and I realised what I had gotten myself into. Then within a minute she made me tap again. I became aware that I was in very good hands with Ivy and there was no need to hold back, so I let go of my nerves and decided to enjoy it and have fun, just like Ivy did.

The next fall lasted for almost twenty minutes. I decided to go more on the attack. We managed to escape each other’s hold and chokes but eventually I got stuck in a bow and arrow choke and I had to tap. We drank some water and had another excellent role in which I was very close to choking Ivy out, but she showed her stamina and toughness and managed to get out of the choke. We then reversed and swept each other for what seemed an eternity. Eventually Ivy got my back, I struggled a bit, but realised that Ivy just does not tire down. All I could do was tap out while she slowly applied more force to her choke. I was highly impressed with Ivy’s speed and her ability. We laughed, chatted, drank water and had one final roll. Ivy started to tease me more and more, and I really wanted to score a submission against her, I thought I had her trapped in a triangle choke as well. For a moment I though she was going to tap, but I was so wrong, she got out of the hold and immediately took over, finishing me off eventually with another armbar.

This was so much fun!! At first I was not sure what to make of it, but I always wanted to try a session. And I am glad I did. If you are reading this and are still not sure … just do it .. go for it … you are in very good hands and it is a fantastic experience that is hard to duplicate.

I can highly recommend a session with Ivy. Throughout the session she made me feel extreme at ease. At first I was hesitant but still thought I would be able to score a submission against her … perhaps because I am taller and heavier and know some BJJ. I could no have been more wrong. Ivy is very quick, easily transitions from one move to the next and if you leave and arm or a neck open, you’ll pay the price. She has also an outstanding endurance and is extremely tough. We hardly stopped in those 60 minutes and went at each other with everything. We had to open up a window in the middle of winter … that is how steaming things got. I tried to submit her a couple of times and I got close, but she does not give up that easily. On top of that Ivy’s holds and chokes are extremely tough to get out of. I can still remember that naked choke. I thought I had her in a triangle choke, but she got out of it and kept control of my leg, I tried to move away and then she got back control. I was still thinking I had her beat, but then I realised she already had her legs wrapped around me and her arm flew around my neck. Those seconds seemed to last for hours as I was trying to fight her off and she was trying to close the choke. I realised what all those other reviews meant by being dominated and feeling helpless. At that moment I was being completely dominated and helpless in Ivy’s hold. She had me beat. And she did beat me 6-0 fair and square. I might have lost that day, but I had gained an awesome experience that I would do again in a heartbeat. I am looking forward to avenge my loss against Ivy, or at least score a submission against her. If you have not yet had a session with Ivy please do, if you never had a session before, you will be in good hands with Ivy. Like I said before: Ivy is AMAZING!

Thank you for arranging my session with Ivy. When I arrived I was given my parking permit from Ivy. We went inside and she showed me around. I then went upstairs. To the wrestling mats. I was very nervous as I did not know what to expect. Ivy was so nice and easy to talk to I soon relaxed. Ivy is s quick and strong she soon had the better of me. I tried but could never get the better of her. She has such powerful thighs and she crushed me between them. Towards the end of the session she showed me some moves and what the holds where called. Great session and will definitly be back for more.

Thanks Ivy and Pippa for a great time.